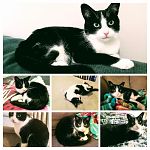 This is my baby kitty Omega. (He’s not actually a baby, but he’s just over half the size of Alpha and very skittish, so I’m over-protective of him.)

I got him in November 2016, when he was estimated to be 2 years old. He was a street cat living in a feral cat colony, but when captured by a group who spays/neuters the feral cats to keep the population under control, they figured out Omega wasn’t actually feral. He was shy but clearly had been around humans before. So they turned him over to the SPCA and that’s where I adopted him.

I wasn’t particularly looking for a new cat. My marriage had recently ended and I was living by myself for the first time in 8 years.

Omega is very skittish and jumpy, even with me. If anyone else if in my house, he will hide. He will run out of the room if I move too quickly, or sneeze. It took him months to be able to approach my roommate for pets. But he can show bravery and dominance when he needs to. He’s very fast, agile, and silent. His favourite place to sleep is on the high shelf in my closet, because Alpha can’t jump up there. 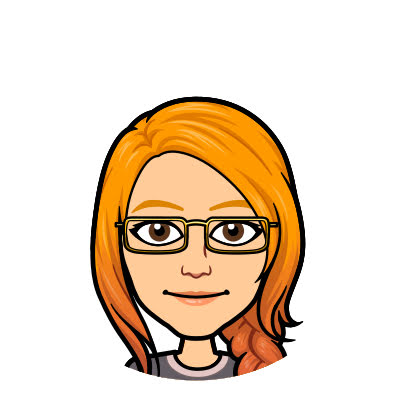